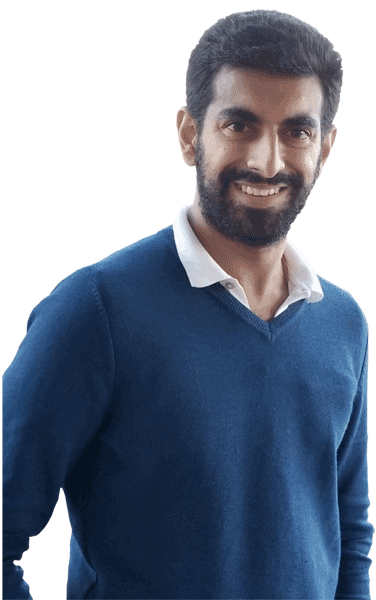 Google has announced that it would rank all the new web domains on ‘Search’ based on “mobile-first indexing”. Starting July 1, Google would consider the mobile version of any new website instead of the desktop version. It was previously used as the primary version to analyze, index and rank the site on Search. GrayCyan is one of the top design firms toronto.

Mobile-First Indexing is one of the latest development of Google in an attempt to make the web more friendly for mobile users. As the name suggests, mobile-first indexing means what Google includes in their index. And how they determine rankings is based on the mobile version of your website. It is not a mobile-only index, but a mobile-first. Which implies that if the site does not have a mobile friendly version, the desktop site can still be included in the index.

The rankings of a site are impacted by the lack of a mobile friendly experience. Whereas a mobile friendly site potentially receives a boost in the rankings even for searchers on the desktop. Up until now, the desktop version was considered as the main or primary version. And the mobile version of the website was considered as the alternate version.

This meant that the desktop site would be prioritized by SEOs and would have full content and structured data markup. While the mobile version would have lighter content and would not include the same level of structure. The term ‘mobile first’ means that the mobile version of the website is the primary version of the website. Google is working on how to prioritize crawling and indexation. And on the content of your website. Hence, Google is encouraging webmasters who have a separate mobile site to implement switchboard tags.

John Mueller, Developer Advocate, Google, in a blog post announced. That mobile-first indexing would be enabled by default for all new and previously unknown to Google Search websites, starting July 1, 2019.

Mueller, in his statement, said that one could check the mobile-first indexing of their website using the URL Inspection Tool in Search Console. And can see how it was last crawled and indexed. For older and existing websites, Google would monitor and evaluate the pages. This is done to determine the readiness for mobile first indexing, based on the parity of content. Which includes images, text, videos and structured data. Once the older websites are seen as being ready, Google would notify them through Search console. As the new websites would have mobile-first indexing as the default state, there would be no need to send a notification.

Mueller further stated that Google was pleased to see how the web has evolved from being focused on desktop to becoming mobile friendly and now to being crawlable and indexable with mobile user agents.

Google has changed its focus

Google has been one of the top search engines of mobile web browsing and has about 54% of organic mobile search traffic. With the increase in the dependency of mobile devices. Google has understandably changed its focus. And has upped the stake over the last few years.They began by showing different results based on the device you were using to search with. Then, they began to penalize the sites that did not have a mobile version or a responsive design. And now they have announced the plan to rank all sites based on their mobile version.

Elaborating about the change, Google explained that even though their search index will continue to be a single index of website and apps. Their algorithms will primarily use the mobile version of a website’s content to rank the pages from that site and to understand the structured data. Despite the index being built from the mobile documents. They would continue to build an enriching search experience for both mobile and desktop users.

Most of the websites today show same content to users across desktop and mobile devices. These websites have responsive frameworks that show the same content in adaptive formats to users. There are websites that are yet to achieve this parity. Website owners need to check for mobile-first indexing of their website using Google’s URL Inspection Tool in the search console.

Putting it in simple words, only the brand new sites would be indexed using mobile first indexing by default. For sites which are older, Google will continue to monitor and analyze pages for their readiness for mobile fist indexing. The company would then notify the administrators of the website through the Search Console.

How will this change effect your business?

According to Google, if your website displays the same content to users on all devices. Be it desktops, tablets and mobile devices, and your website is responsive and identical in both the desktop and mobile version. This change will not effect your business very much. But, if you present different content on all sites, you would have to reevaluate what content is shown on different devices.

Your website not only needs to be mobile friendly, but should translate to Google’s index as well. Ensure that the mobile version of your website contains everything that your desktop site does. To make sure that you rank number 1 on the search engine result page. Ensure that your mobile site is mobile optimized from the perspective of the user . For example, page speed, navigation, load time. It means that the site can not only be viewed on the mobile. But has a true responsive mobile design, in which the screens, resolutions and orientations can easily be resized.

This ensures that your browsing experience on the mobile will be the same, if not better, on the desktop. Another thing which needs attention is how the images would appear on mobile screens. Speed of the site is important for mobile-first index. It is very important to diversify your traffic sources. You can drive mobile traffic through social media, guest posts, influencer marketing, videos, podcasts and slideshows.

What else do you need?

You also need to have high quality, valuable content on your mobile version and the format used on the mobile are crawlable and indexable. The data should be structured on both the mobile and desktop versions of the website. If your desktop site is large and your mobile site is small, the index would be based on crawling mobile content. So, if your desktop version is heavily indexed, your desktop content will not be suddenly purged from the existing index. The more the chance that your mobile version contains relevant content, the more likely it will continue to rank well. Especially as they cut back on crawling desktop versions of websites design firms toronto.